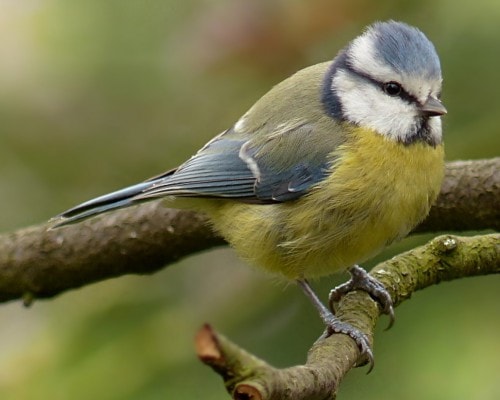 Nesting: A cup shape made using moss, wool, dead leaves and lined with down feathers

Song: A cheerful "tsee-tsee-tsu-hu-hu-hu-hu". The alarm call is a churring sound.

Blue Tits are one of the most attractive and easily recognisable garden visitors in the UK due to their bright colourings of blue, yellow, white and green. The Blue Tit is part of the Paridae family, which is the Tit family, its Latin name is Cyanistes Caeruleus.

Being a European bird Blue Tits have adapted to living in gardens as well as woodlands. 98% of British gardens report sighting Blue Tits during the winter. They are agile birds which will hang upside down from feeders and branches to find food, it is also thought this behaviour is for their own entertainment too!

The blue tit is a colourful mix of yellows, blues, greens and whites. They are easily recognisable due to their blue wings and tail, yellow breast, green back, white cheeks and black eye stripe and collar. They also have a white wing bar and a black bill.

No other British bird has blue in its plumage. Males and females have the same colourings but the females are paler. Juveniles are quite dull and in spring and summer they have yellow cheeks instead of white.

Blue tits are found all year round in woodlands, hedgerows, parks and gardens across the whole of the UK minus some of the Scottish islands. They eat a range of insects, caterpillars, seeds and nuts and in spring they feed on pollen and nectar.

In winter, family flocks join together and search for food among plants for insects and spiders. Blue Tits will readily take sunflower hearts, peanuts and suet from feeders. We offer a choice of delicious feeder mixes for these birds to enjoy throughout the year.

Blue Tits lay between 10 and 12 eggs in a single clutch during the breeding season, second clutches are rare. There are 3,300,000 breeding pairs of Blue Tits in the UK. They lay their eggs when green caterpillars are abundant so there is wide availability of food for the chicks. Blue Tit eggs are smooth, glossy and white, covered in reddish-brown spots. The eggs are typically 16 mm by 12 mm and are incubated by the female. Breeding season begins mid-April with eggs being incubated for 12 – 16 days before hatching. After 15 – 23 days the chicks fledge the nest but don’t wander more than a few kilometres from where they hatched. Starvation kills many of these fledglings and 21% are found dead within the first month.

The female Blue Tit uses moss, wool, and dead leaves to make a cup shaped nest, they then line the nest with down feathers. They search for holes in trees and walls to nest, they will also frequently use nest boxes. Blue Tits have been known to nest in letterboxes and pipes too! Due to the availability of nest boxes and food in gardens Blue Tit numbers have increased in recent years.

Blue Tits claim their territories before the breeding season starts, the males often try to maintain the same territory from previous years. If nest boxes are placed close to each other only one will be occupied if they are within the same territory.

Blue tits live to 2 and 3 years old depending on the weather and availability of food. The 2017 RSPB Big Garden Birdwatch saw a 10% decrease in Blue Tit numbers due to a very wet breeding season in 2016. 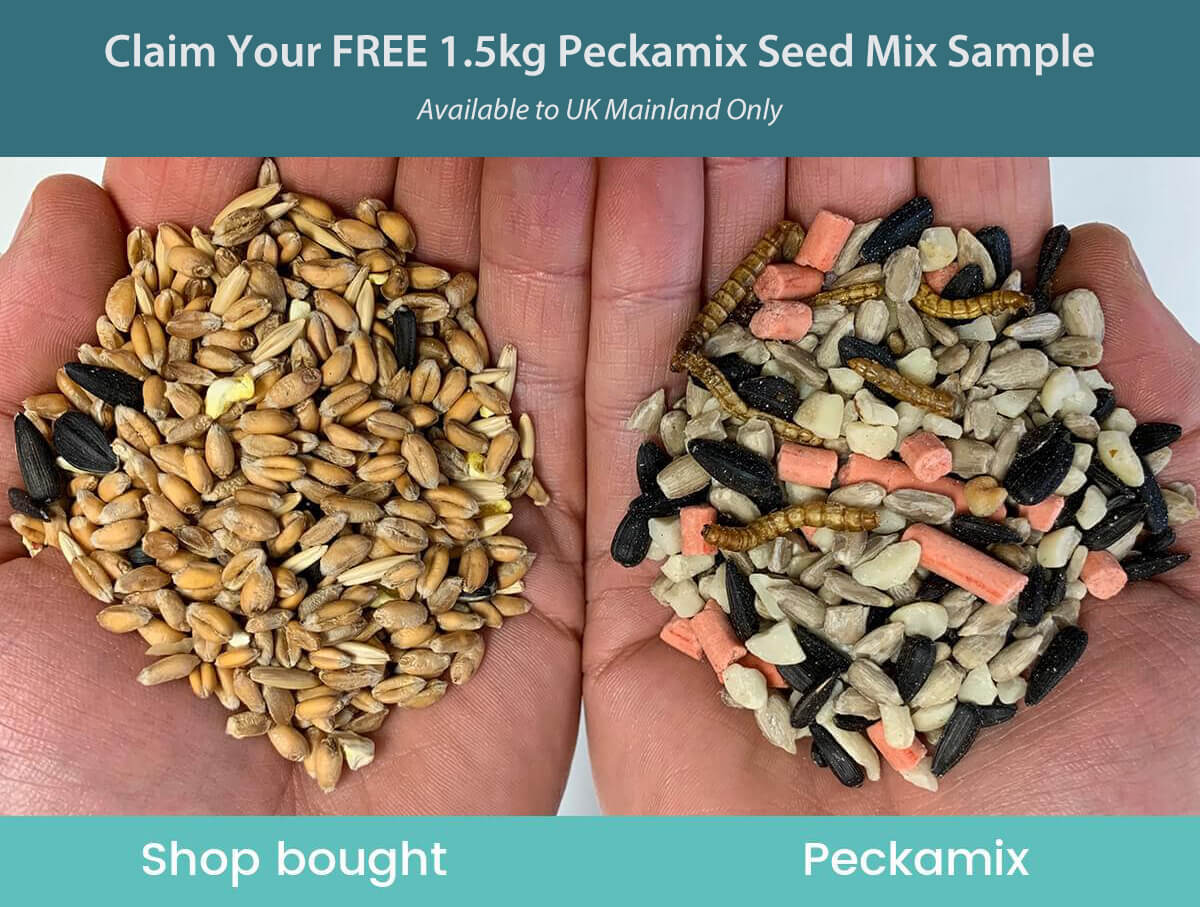