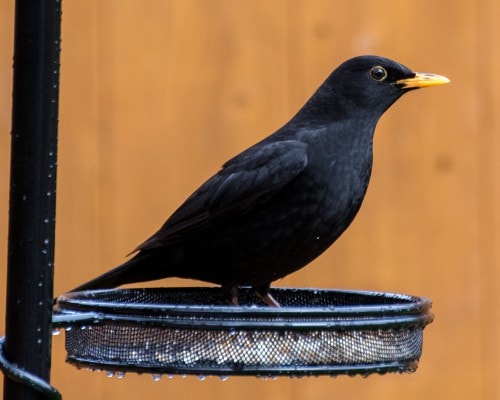 Nesting: Nests made from grass, straw and small twigs all coated in mud

Blackbirds are also referred to as Turdus Merula in Latin, meaning ‘thrush’ and ‘blackbird’. Being one of the most common and productive birds in the UK, there are approximately 6,000,000 breeding pairs of Blackbirds. Blackbirds are part of the Turdidae family, which also includes Thrushes and Chats. They typically live for 3-4 years with the most deaths during the breeding season.

Commonly we refer to blackbirds as the bird with glossy black feathers and yellow beaks which are the same colour as the ring around each eye. However, female and young blackbirds have different colourings of brown and red with spots and streaks across their breasts and yellow-brown beaks.

Blackbirds are found in gardens, in the country side, on hills and along the coast all year round, so there is never a time when you won’t be able to see their statement colours, or hear their mellow song. They hop along the ground in search for food.

They like to eat a range of insects, worms, berries and windfall apples in the Autumn. There have been rare reports of Blackbirds eating small fish from ponds. To feed these birds you can use a bird table or place the food on the ground, we offer a great all year ground and table mix for Blackbirds.

The breeding season for Blackbirds tends to begin in March and lasts up until the end of July. During the breeding season, Blackbirds have between two and three broods. The number of broods all depends on the weather, if there is a lot of rain or if it is too dry brood numbers can decrease and chicks can be at risk of starvation if the adults cannot find enough worms.

After around 14 days the 3-5 eggs laid will begin to hatch. The chicks are fed worms or caterpillars until they are ready to leave the nest, around 14 days later. If the nest is disturbed adult Blackbirds can leave the nest once the chicks are 9 days old, Blackbird young have the ability to fledge early as an anti-predator adaptation, which is impressive for any bird.

The nesting season starts two weeks earlier for Blackbirds in gardens than it does for those in woodlands. In smaller areas blackbirds are extremely territorial, once the blackbird has claimed their territory they will hold it through the rest of their lives as it is important to for nesting. However after the final brood, territories begin to break down and they search for food elsewhere, they re-claim their territory in autumn to defend against other Blackbirds before the breeding season begins again. The nests are made by the females out of grass, straw and small twigs and coated in mud, they’re typically found in trees, shrubs and any low suitable cover.

The Wildlife and Countryside Act 1981 have fully protected Blackbirds and their nests due to a decline in numbers in the 1970’s by almost a third. It is an offence to take, damage or destroy the eggs on purpose. To help save these birds from decline again, gardeners are encouraged to avoid using chemicals and to plant some extra plants which provide insects and berries. 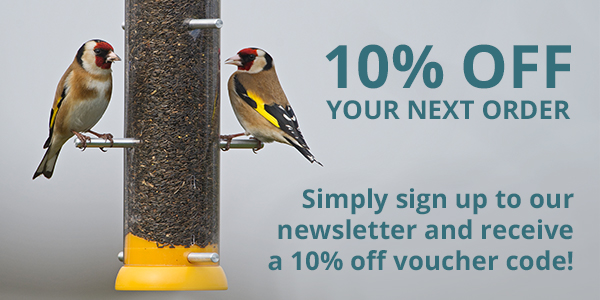